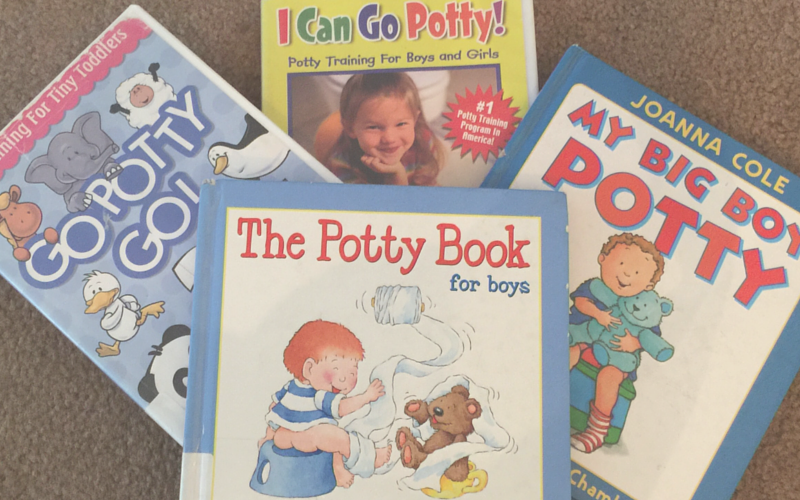 POTTY TRAINING – 5 THINGS I WISH I HAD KNOWN

Ugh. I hear the phrase “potty training” and it makes me want to go hide in a hole. These whole “Potty Train in Three Days Flat” things must be a joke or done with super strict parenting to a child who is 7 or maybe they are just lucky.

That was not the case in our house. I have tried to potty train Sebastian several times. Each time he just didn’t get it, understand or was just plain old not ready. I accepted my defeat and we continued on with diapers.

Mid May came and we were getting ready to leave for Florida for two weeks and Sebastian (now 2.5) decided it was time to “be ready” and was consistently going pee on the potty. Great – but I didn’t want to be traveling while he was potty training – it just didn’t sound fun or doable for us and our trip. So back to diapers it was and he was fine with it. Three weeks later, we were home and working on getting back into the swing of things and he clearly told me “no more diapers”.

So I said, alright, let’s do this! No more diapers – ever! (at least for this kid) Potty training is not for the faint of heart, here are a few things I wish I had known about potty training before we started:

This one seemed to make me most frustrated. He did great the first three days, even was going potty without me hounding him. Poop even made it into the potty. I was thinking “Awesome! This three day thing really does work!” Well folks the next day he proved it all wrong. It took almost more two weeks until he was having no accidents and poop was making it into the potty every time.

#2. Wiping poop out of a training potty is both extremely exciting and extremely disgusting.

#3. Getting them to poop takes a lot of effort.

Effort, bribery, rewards – whatever you want to call it. These kids are used to pooping in their pants and sitting in it, they really don’t care if it’s in “big boy underwear”. Plus, tot’s have a hard time just letting it go while sitting down. This has been our biggest battle. At first he got constipated, than he would go find a corner and go in his pants and FINALLY he is telling me he has to go and sitting on the potty. After he sits on the potty, it takes great encouragement and even bribery to get him to actually go. Find something that your kid considers as a treat and use that as a bargaining chip! Just make sure it’s not loaded with too much sugar – I learned the hard way.

#4. Make sure you are fully committed.

Once you are two days without diapers you can’t go back. Ok, you can but with great defeat. We had a few weeks of lots of battles where we almost put him back in diapers, at least while we went out because he refused to tell us when he had to go (he’s more than capable to do so). But every time we pulled out a diaper, his poor little spirit was crushed and you would have thought you took away his best friend. I am glad we never went backwards though. Once we got over the difficult hump, it clicked and he has had few problems since.

Last but definitely not least. I had no clue how exhausting potty training would be. It is draining. My kids are fairly independent as well as I have my own business that I run from home. So having to constantly be watching him and staying on top of him was hard. It was draining on both of us, Sebastian and I. Plus we had to stop life for a couple weeks, we couldn’t go anywhere unless it was a quick trip here or there. Having two busy little boys makes it hard to stop life – they want to constantly go, go, go, but we couldn’t unless we wanted to feel defeated with an accident. So when people suggest you clear your schedule when potty training – DO IT! And do it for 2 weeks and then gradually add things in 🙂

You can do this mama! It’s hard and at first I missed diapers (yes, I did just say that). But only having one in diapers is AH-MAZING! If tot isn’t ready, it’s not going to work – advice in which I had taken the two previous times I had tried. And even though this time around had it’s challenges, he was ready and loves being a big boy!

Keep a watch out for my post about our Potty Training Essentials – coming soon!

Have you potty trained your tot? Have you tried the Elimination Communication? What have you found as your biggest challenge? 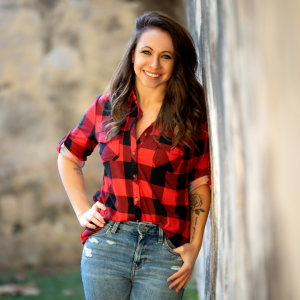 I'm a small town girl, podcaster, designer, multiple-hat wearer, Jesus-follower, and wildly imperfect wife + mama. I have an obsession with helping ambitious women pursue their dreams while prioritizing their values + wellbeing. I'm dedicated to helping you cut the overwhelm, get unstuck, grow your confidence, ignite your results, and transform your life + your business... starting right now. Around here you'll find tips and tools to do just that.

Dropping in with weekly inspo, strategies, and content created with Y-O-U in mind, because no one likes getting junk mail, am I right?!

“Sometimes you need to step outside, get some fr

✨The days are long, but the years are far too sh

Sh*t happens 🥴🫢 But seriously. It does. Har

Mom life is the glam life - said no mom ever 😝

Have you ever gotten stuck healing? It sounds si

Hair loss - if you’re anything like me, those wo

I’ve always been a product junkie. Any type of p

✨Be still and KNOW that I am God ✨ Do you tak

Get a beautiful and affordable website in a day

FREE: The Business Owners’ Guide to a Winning Website!